Amos 7:7
7 This is what he showed me: The Lord was standing by a wall that had been built true to plumb, with a plumb line in his hand.
8 And the Lord asked me, “What do you see, Amos?”
“A plumb line,” I replied. Then the Lord said, “Look, I am setting a plumb line among my people Israel; I will spare them no longer.
9 “The high places of Isaac will be destroyed and the sanctuaries of Israel will be ruined; with my sword I will rise against the house of Jeroboam.”

The Lord showed Amos this plumb-line. Builders use a plumb-line for accurate building. They pull a line from the one side to the other so that it’s straight, and that the wall would be straight.
I was once shown a church in northern Germany. A certain builder had been tasked with building the steeple of a new church. When he had finished and came down to have a good look at it, he noticed that the top of the steeple was leaning over by 2.2m to the one side. He was very angry with himself. He had started properly but as he went higher it leaned more and more to the one side. He climbed up all the way and jumped from the top, committing suicide.
In the nation of Israel God said to Amos that He was there with His plumb-line to ensure that the building is straight. And if it’s not straight God will destroy it to become a wilderness. God has His plumb-line for each one of us too – His Word is our measure. Jeroboam started well but ended badly, because he didn’t build according to the accuracy of God’s clearly laid out plumb-line.
We can build with various material, but let us beware that in our building that our thoughts, actions and emotions are in accordance with God’s plumb-line, His Word.
Everything we do and say we need to make sure it’s in keeping with God’s plumb-line.
God’s people Israel started well but were diverted slowly but surely. In the beginning they were building straight but as time went on they diverted from the Lord’s Word. And God said that He could no longer hold His peace and that He had grown tired of constantly correcting them.  God is full of patience, but the time may come where God says it’s enough.
Their ancestor Abraham built exactly as God had said. But they weren’t following in his footsteps. God is using His plumb-line daily on us. That church that refuse to build according to God’s plumb-line will be removed by God. God is examining each one, the elite as well as those who are lowly, governments as well as churches.
God will come in His own appointed time to pour out His wrath upon those who refuse to build according to His Word.

God says, “do not kill”, yet many ignore that and kill their own children through abortion.
Whatever you do, remember that God sees it. Remember that God is measuring you; examine yourself if your life is being built straight according to the Word of God. Pray that God will be your rock of defence. He must be the first in your life. People who do these crimes have deserted God. Everyone must serve God with all their heart. Don’t just live selfishly for yourself but for God.
God loves us and we must love Him with everything. God wants us to grow in grace, in good character, being a sweet fragrance to man and God; in righteousness and strength. If you’re not walking in His ways, you might be ever so powerful and surround yourself with powerful people, your time will come when God will destroy you. Remember satan doesn’t get you in one go but he seduces you incrementally.
God had made it clear to the Israelites what He expected of them.
Are you walking according to what Jesus said, “do unto others as you would have them do to you” (Matt 7:12).
We are not to destroy each other but love each other.
What are you living for? Money, fame, or recognition? God will destroy those things you trust in.
In Italy, Florence, there was a very tall cathedral, with stained glass all around. There’s also an iron ring opening at the top and on a certain day in June the sun shines through that ring onto the marble floor below. That shows them that the tower is still stable and hadn’t been damaged by an earthquake.
Is the Son of God able to shine on you and determine that all is still well?
Do you still have your first love? Is it still as at the beginning or have you grown lukewarm little by little? 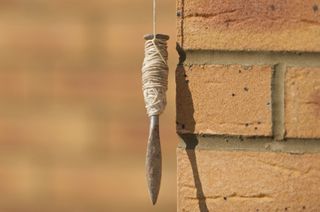 Sermon in other languages:
German:

Add KwaSizabantu Mission to your Homescreen!