Before the service a man gave his testimony of how he was delivered from drug addiction at KwaSizabantu, after 5 years of being addicted to drugs. He lost his wealth, and his family. But by God’s grace God delivered him and he’s free now. 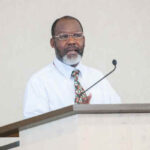 God is working among us and snatching people from the fire. As God is saving lives what has He done for you? Are you still struggling with the sins you had 20 years ago? May we cry that He would not pass us by.

20 I will even betroth thee unto me in faithfulness: and thou shalt know the LORD.

What is the meaning of an engagement?

Think of Joseph being betrothed to Mary. In Jewish times at engagement the date of the marriage wasn’t set. The girl was also already treated as being married to her future husband. They’ve made a vow to each other, and they love each other. It’s where two people promise themselves to each other in marriage. It’s the greatest visual example of a covenant here on earth.

Now in our scripture the Omnipotent God betroth Himself to His people. He makes a covenant with them and it requires a certain type of behavior from both sides. God promises one day to be married to us, as an eternal covenant, with a steadfast love.

This is a great matter. If you would turn down His offer of engagement there is no fool greater than you. As He says, even if a nursing mother could forget her child I won’t forget you (Is 49:15-16).

4 Ye adulterers and adulteresses, know ye not that the friendship of the world is enmity with God? whosoever therefore will be a friend of the world is the enemy of God.

Maybe you turn down God’s offer because of some boy or girl. Such a person is an utter fool. What will be the result of such a life, where you spurn His love?

Israel had many other lovers and followed Baal and other gods. A Christian not on fire for God is the same, with one foot in the world. What will God say of you? These Israelites were just like the people in Kanaan, whose land they possessed. They were busy with godless things! Even like the lukewarm Christians of today who are continually busy with what they will eat and drink and wear, but they forget God.

We should not be busy with these things which is what life revolves around for the heathen (Matthew 6:25-32).

Livingston preached to a tribe and the chief got converted. He would often meet with Livingston to pray together. When the people continued with their frivolous dancing etc. while they prayed the chief questioned how it was possible that the people had no fear and respect for the Omnipotent Almighty God. He understood this great matter of God making an everlasting covenant with His people.

The people could see the difference between Livingston and other whites. He treated the blacks as brothers and sisters even though they were black and he was white.

When the chief invited the people to the services only a few would come, whereas in the past all would come to the parties the chief arranged. The chief wanted to whip them but Livingston advised him to rather be an example to his people. He did it and soon all the people started to attend the services and many got converted.

A certain man, in his youth made a conscious decision against God. He married but his wife soon left him for another man. He married again but his second wife mistreated him and their marriage ended on the rocks. Then he remembered his conscious decision against God and realised that God had given him over to a life without God. He repented and turned to God in brokenness.

Another man was on death row because he had murdered his wife in a drunken stupor. Just before the judge pronounced the final judgement, he gave him a chance to make a final statement. The man replied that whenever he was at parties, even the judges present would lift their glasses of wine and drink. Then he looked at his church minister in the gallery and said to him that he always watched him what he did at weddings and also saw him lifting up his glass of wine and drink, and he had followed their examples and became an alcoholic. They were deeply touched and that preacher repented deeply and from that day stopped being a bad example but helped people to stop drinking wine and strong drink.

What is your decision? Do you accept God’s eternal covenant ring or reject His offer? Respond in your heart. It is your personal decision between you and the Lord.