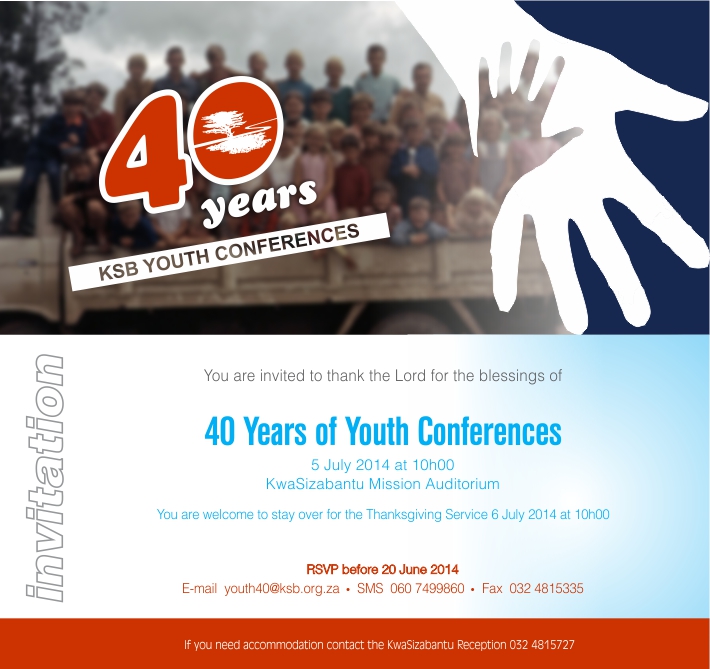 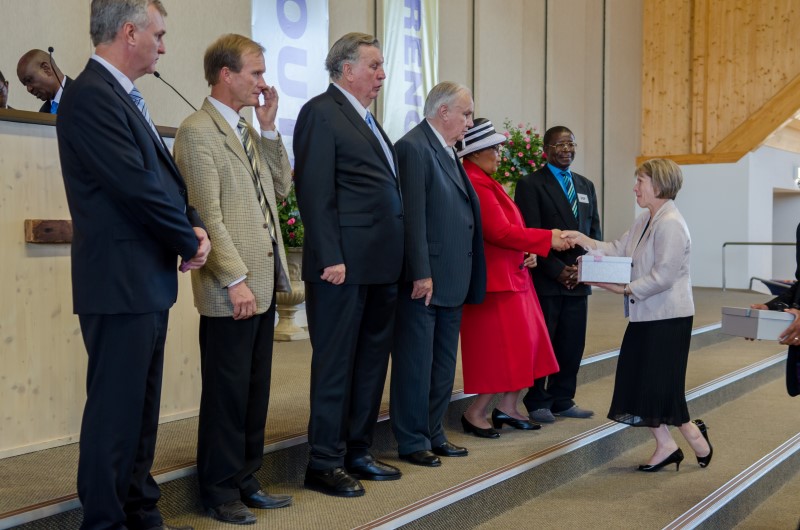 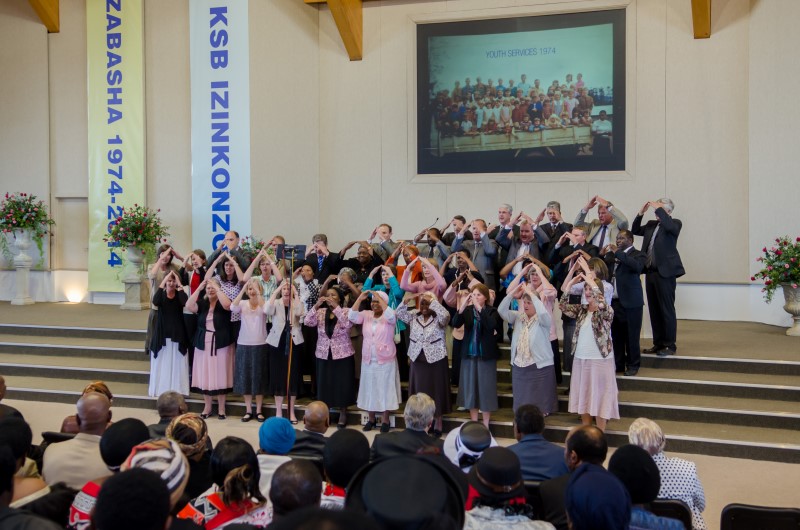 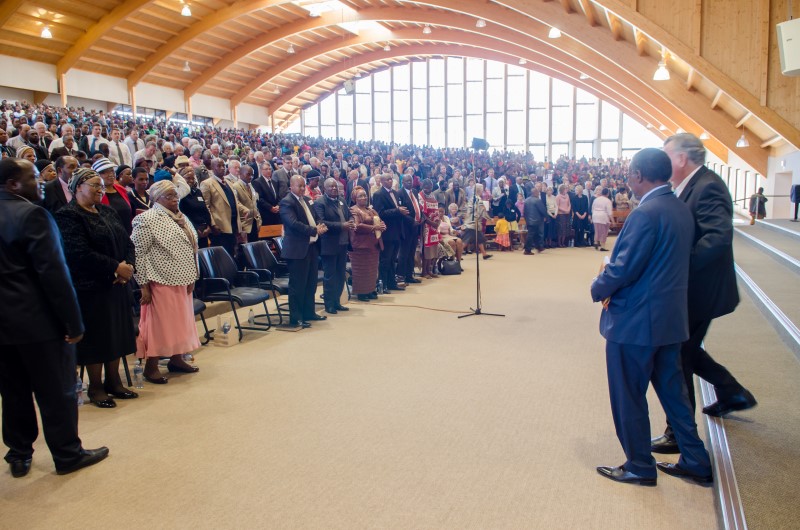 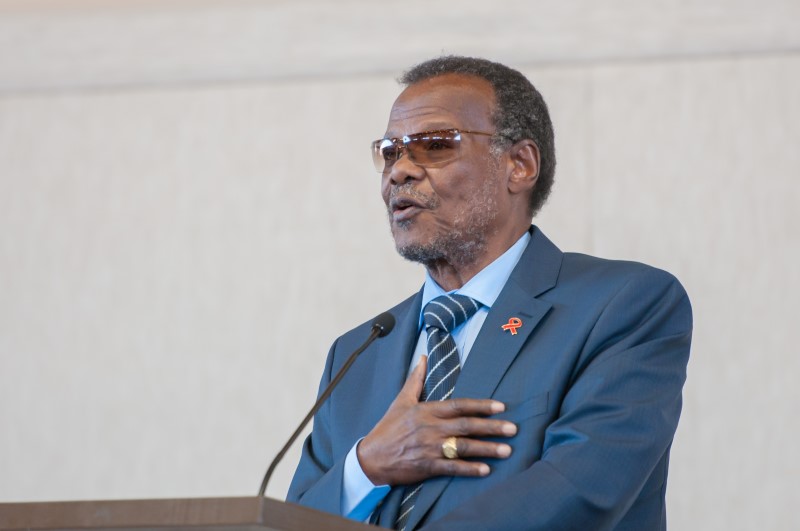 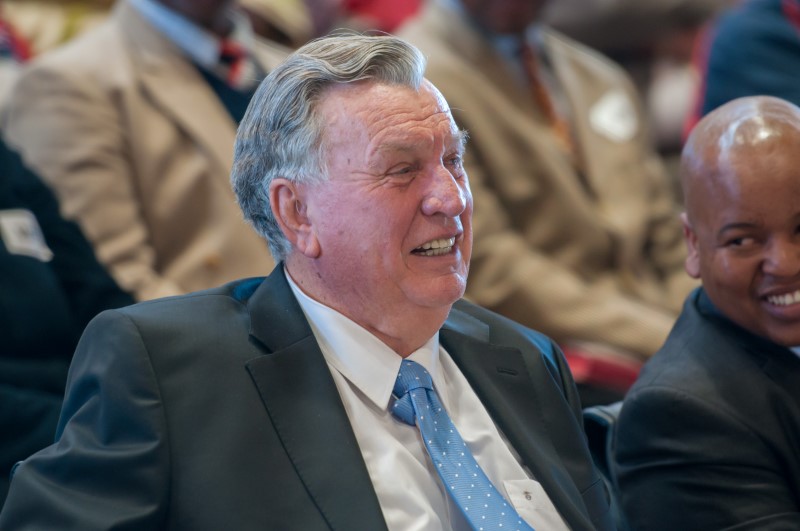 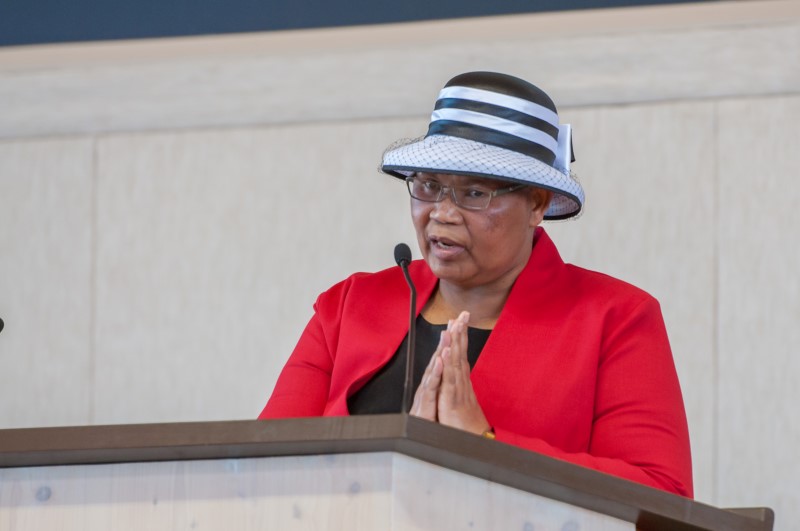 Theme: God has plans for you – uNkulunkulu enemicabango ngawe
Jer 29:11

Sunday 6 July: Rev Stegen apologized that some had to stand and said that our carpentry shop will make some more for the aisles. His message was the final one on the conference theme. The future is bright as long as we walk with the Lord.

Saturday 5 July: What a day! Full of blessing and crowds overflowing the 10,000 capacity Auditorium. Various dignitaries spoke, including the Minister of Finance, Prince Buthelezi and others. Thofozi Dube and Rev Stegen spoke about the early days and the way forward. Special gifts were given to those who ministered to the first children in 1974, including Erlo Stegen, Thofozi Dube, Eunice Ngcamu and others.

Friday 4 July: Rev Stegen read from the theme verse and shared some of the early stories of the Lord’s working. He referred to the Dube family and how the Lord raised up Thofozi and inspired her to begin with the Youth Services in 1974. The afternoon session saw the releasing of 600 balloons from the sports field as well as a collection of children spelling out 1974-2014 (see aerial photo above). Umphakathi also had the opportunity to speak to the young people. The evening had a continuation of testimonies from the early years.

Thursday 3 July: Sports! The whole day was spent on the DSS sports field with teams competing in soccer, netball and volley-ball. AQuelle sponsored prizes for the winning teams. The evening service started with the sports prizes being handed out and then the continuation of testimonies of those who were here during the first Youth Conferences. Testimonies included Carol, Hulda, Nico, Dingeni, Ruthilde, Nontokozo, Philip and others. Pastor Chauke was asked to lead the children in singing 2 songs.

Wednesday 2 July: By now the auditorium is becoming so full that one wonders how a few thousand adults will fit in during the Saturday celebrations. This morning, Pastor Stegen, using the theme text from Jer 29:11 and spoke about God’s victories for His children in the wicked kingdom of Babylon. The false prophets in chapter 29 had said that nothing good can come of their exile in this pagan land. Yet God had plans which He was going to fulfil through some of His heroes like Daniel and his 3 friends. Despite the idolatry and conspiracies against them the Lord revealed His power which could overcome lions and fire. There was even an edict that went out from the pagan rulers like Nebuchadnezzar and others, that the God of Daniel, and of Shadrach, Meshach and Abednego is to to be worshipped throughout the kingdom. Our Sovereign Lord is not defeated by idols and wicked men. The Lord is well able to prosper His children during the times of greatest adversity.
The afternoon session was a continuation of testimonies from those where were there 40 years ago.Nokukhanya, Masheshi, Catherine, Gwen, Sylvia, Estelle and Margrit all shared how the Lord saved them and showed His grace way back then when the mission was still very small and leaders like Pastor Stegen, Lydia, S’bongeleni helped to lead these children to the Lord, even though some were just 7 years of age.
The evening service has Doctors for Life sharing about drugs and marijuana.

Tuesday 1 July: The auditorium is fast filling up with many thousands arriving through the night and through the day. Rev Stegen spoke on the theme verse and used the example of how the first King of Israel, Saul, had wonderful plans which God had for his life but he missed out and ended in tragedy. In the afternoon there were powerful testimonies of young people being radically saved from the power of sin. The evening service was the beginning of celebrating the 40 years of Youth Conferences. A slide showed the first children at the 1974 youth meeting. Many of them were in the service and shared about their conversion way back in 1974 and thanked God’s grace for all He had done for them these 40 years. Detlef shared, as well as the Joostens and Newlands, and others who were there in those early years.

Monday 30 June: The Conference is now in full swing with the first official service starting at 10am. However, there were so many children yesterday that we had to have services for them already. Paster Stegen delivered a service on Sunday morning that set the pace for the week ahead. Today and tomorrow a few thousand more children and teens are expected to arrive. (Please pray that the Lord Himself would be at work in their hearts.) See photos of 29 June here.