Home > Posts > Testimony > A Pearl too Precious to Lose

I am greatly humbled by this opportunity to share what the Lord has done for me through the Mission KwaSizabantu. I received a second opportunity after turning my back on the gospel of deliverance.

I arrived on the mission in May 2010, a broken vessel. I just buried my precious wife after a nine-year struggle with cancer. All the pillars on which my life (as a Christian) were built, collapsed in a short period of time. I lost my high-profile job; I lost my life savings while beholding the love of my life dying in front of my eyes. I became an angry person, fighting with everybody and everything, including God. How could He allow all this to happen to me? Eventually I tried to commit suicide, but God, in His mercy, prevented that and directed me to a Godly man, uncle Waldemar Engelbrecht at KSB Mission Pelindaba, where I could be helped. He prayed that the Lord will open my eyes. I could confess my pride, my disobedience and resistance against God’s instruction. I could go back and apologize to the person the Lord showed me. How wonderful was the experience to be cleansed and washed in the precious Blood of the Lamb!
That is when I came to the mission. God could start anew, rebuilding what I have broken down. I could rediscover the hidden truths in His Word. I could not get enough of reading and studying His Word. Romans 12:1&2 gave new meaning to my life:
Romans 12:1 I appeal to you therefore, brothers, by the mercies of God, to present your bodies as a living sacrifice, holy and acceptable to God, which is your spiritual worship.
2 Do not be conformed to this world, but be transformed by the renewal of your mind, that by testing you may discern what is the will of God, what is good and acceptable and perfect.

The ten-year journey since my arrival is indescribable. Words fail me, but since it is such a controversial subject, I would like to share one experience with you – Getting married IN the Lord.
After losing my first wife, I had no expectation what-so-ever of getting married again. Based on all the damage I caused to my family during the 12 years that I turned my back on the Lord, I could not stop thanking the Lord for His intervention with my children, and bringing them back home.
One night I had a dream. I found myself sitting in the Auditorium in a wedding ceremony, waiting with everyone else for the bride to walk down the aisle. I was wondering who was getting married because I could not see the groom, neither could I identify the bride from afar. As the bride came closer, I recognized Charlotte on the arm of her father. Although we both worked at Cedar College, I did not really know her. To be exact, I knew nothing about her. It is thus impossible to describe in words the shock I experienced when her father came and presented her to me! I literally fell out of my bed! What a rude awakening!
I jumped to my knees with: “No Lord, please, let this not be true!”
It is strange how we immediately know when the Lord is speaking, but then enter into a conversation, or rather a debate with Him. For more than three weeks I could not eat, neither sleep. “Lord, at my age other people retire, they don’t get married”, “Lord, what about my children? They will not understand this”, among many other excuses. I became like a sleepwalker.
In that time, I frequently went for counselling and prayer, praying that these thoughts will disappear, but it just became worse. Exactly the same dream repeated another two times, something I could not ignore. Eventually I reached the end of myself and prayed: “Lord, if this is your will, I surrender”. The moment I got up from my knees, my peace was restored. An unbelievable experience!

I made an appointment with Rev. Stegen and asked him to enquire from the lady if the Lord has shown her the same thing. Nobody told me what to do, but I just knew I could not approach her directly. After asking me more than once whether I am sure about this, Rev. Stegen prayed that the Lord will open and close doors according to His will.
Several weeks later, Rev Stegen informed me that the lady said unequivocal “NO”.
I was so relieved and thankful! This was just the Lord testing my obedience, and expected to proceed as in the past……. But, frequently, while I was busy with the Lord in my quiet time, I was reminded that: “This is not finished.”

After a year I went back to Rev Stegen and asked him to revisit the lady, asking her to pray about it again. This time the answer came much quicker: “NO, and I may never ask again”.
So, I just left it there and carried on with my work. I was thankful to have many things to do which kept my mind occupied. When the Lord regularly reminded me: “This is not finished”, I could just reply: “Lord I cannot do anything about this. I cannot convince the lady, neither can I go back again to Rev. Stegen. If this is Your will, You will have to persuade the lady”.
After almost five years, I received a call from Rev. Stegen to come and see him. On my way there I wondered what it can be about? The hostel? The students? The College? Marriage was the last thing on my mind.
As I entered his room, Rev Stegen asked: “How long ago did you ask me to approach the lady to get married”
“Almost five years Uncle”
“And how do you feel about it now?”
I replied: “Three nights ago the Lord again said to me: ‘This is not finished’, but I told Him again that there is nothing I can do about it. I cannot try to convince the lady, neither can I come back to you. The Lord has to change her heart”.
Rev Stegen replied: “If you are sure about this and still want to proceed, the lady was here just now, and she said YES.”
You could blow me over with a feather!
Our wedding on 18/08/18 was a true gift from heaven.
Let me emphasize. Nobody on the mission told me to get married, neither with whom, nor how. God led me step by step. Based on the Word, it was my wish not to socialize to get to know each other better, but to trust the Lord and maintain a distance between us before the wedding in order to enter pure into holy matrimony.
After being married to Charlotte for two years, I can just testify to the fact that God does not make a mistake! Although I did not know what was coming, God knew exactly what support and comfort I will need, and I receive that daily in abundance.

Perhaps you feel you are ready to get married. Perhaps you have already identified that special person? May I ask you: “Who do you trust more; your own judgement, or God’s?” He knows exactly who will complement/fit-in-with you the best. Trust Him! Even when it takes five years. It is worth it!
God is faithful beyond our understanding, beyond our expectation. May your heart be enlightened and you come to understand the meaning of the following verses in Proverbs:
Proverbs 3:5 Trust in the LORD with all your heart, and do not lean on your own understanding.
6 In all your ways acknowledge him, and he will make straight your paths.
7 Be not wise in your own eyes; fear the LORD, and turn away from evil. 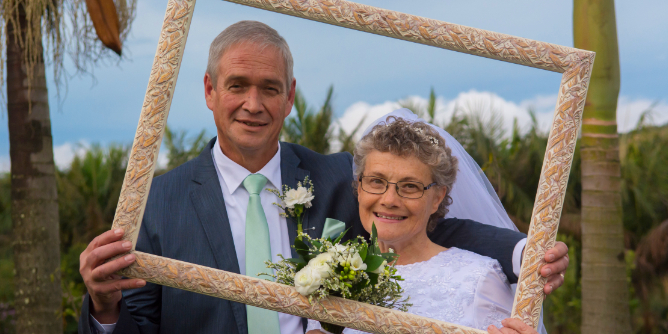