Home > Posts > Testimony > An answer to our prayers

Since our marriage in 1972 God put a yearning for a deeper Christian life into the hearts of Magriet and myself. In 1976 we moved to Cape town and God prompted us to realize that His love was deeper than what we knew. I worked night-shift as a loading Clark on the Cape town docks where I was exposed to youngsters whose lives were literally on the rocks. Their ulterior motive for working there was to smuggle drugs and pornography at night from the sailors. I also witnessed the auctioning of young girls to the sailors. God opened my eyes to His love in reaching out to them with the Gospel of our Lord Jesus Christ, this was God’s love for a broken world. I also met up with a dear brother in Christ who introduced me to a deeper life with Christ through books of Andrew Murray and other holiness authors. Magriet and myself made a full commitment of our lives to God and His will. We started reaching out on the streets of the “down town” of Cape town.

In 1977 we were led by God to the Vaal Triangle, South of Johannesburg where we continued with street work. Although John and Sharon Powys met Jesus through that work God continued to place a hunger in our hearts for a yet deeper work of the Holy Spirit, this led us to pray for revival in our lives. Through the conviction of the Holy Spirit we were shown our sins of the past. We were unaware that God had sent a Revival to the Zulu nation in KZN at Kwasizabantu. We approached a minister from a reformed church in our area and started confessing our sins. Nobody convinced or forced us to do this. God also showed us that there were things in our home that were abominable to Him. We prayed for him to reveal it to us and we made a bonfire in the back of our yard where they were burned. We continued to pray for revival and soon after that God led us to the revival in KZN, we saw this as an answer to our prayers.

However, there was one reoccurring aspect in my life that was very disturbing. I was involved in a spiritual warfare but could not experience victory. For many years I continually prayed to God to reveal the cause there of. Yearning for complete freedom continued. Then after more than 30 years of crying out to God he showed me where it came from and I had to be prayed with for deliverance. I was in counselling with Rev Erlo Stegen about something else when suddenly he looked at me and asked if there was something that bound me. I brought it to the Light as I had intended to and he prayed with me. Immediately I could feel it depart from me and since then, by God’s grace it has never returned. I experienced great joy but at the same time had great remorse for the damage that had been done to the Kingdom of God through all the years as a result of this bondage.

I am convinced that if ever I had to turn against this work that God did in my life at Kwasizabantu through Rev Erlo Stegen, seven worse demons would return. How can I ever be expected to do that? And for that matter, how could anybody else that have experienced deliverance and spiritual help through this work of Revival, that is still at work, be expected to do that? 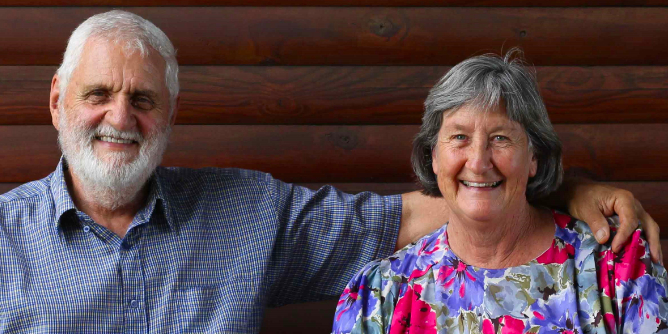