Home > Posts > Testimony > I Was Blind, But Now I Can See 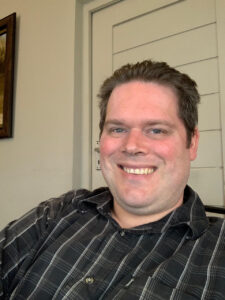 Saved from Drugs and Sin

Herewith I would like to tell you, how I was saved from drug abuse and a sinful life.

I grew up in a small town in the Free State in a very religious family and knew what was right and what was wrong.

When I was in Std 5 or Grade 7 I found an interest in smoking, drinking and pornography.  We had means to find the worst of pornography, spirits and cigarettes. Soon drinking with friends was not good enough anymore, I wanted to go to clubs and drink there.  We did that and wasted a lot of money on drinking in clubs and bars, we also got into a lot of trouble.

In Std 8 our group of friends expanded, we met some girls and others that introduced Dagga or Cannabis to us. I could not believe my luck, girls and drugs, it was amazing to me.

When I finished school I really started to get involved in all sorts of hard drugs.  We knew the risks and have read and heard hundreds of stories of people’s lives that have been ruined by drugs.  I did extensive research on all the different kinds of drugs I believed that if we are ultra-careful, there should be no problem. I started with ecstasy and ended up with cocaine and prescription anti-anxiety drugs.

In December 2000, we moved to Durban.  The one day I was taking an Ecstasy and some weed, expecting the regular nice feeling that one get from that combination of drugs.  God started to work in my life, and He allowed Satan to give me a bad experience.  That was the worst day of my life, the drugs turned on me.  My passion turned on me.  Every time I took an Ecstasy the same thing happened.  I was shattered, that was what I really enjoyed in life, and life seemed very depressing without it.

I became very depressed and had a big problem with anxiety, which was at the age of about 20.  It became so bad that I lost my job and on top of that my car was stolen.

I decided to seek help.  I went from doctor to doctor and they could not tell me what was wrong with me. I started searching on the internet for people with a similar problem.  I decided that I had depersonalization.

I went back to booze and one day had too much, went to a doctor for some advice, and entered the world of Tranquilizers.  20 Minutes after taking the first pill, I proclaimed: “At last, I found something that works”. This was fantastic!  I managed to get more of these tranquilizers illegally, increased the dosages over time and it was amazing and I felt much better.  I decided that this is my new drug and that I will stick to it until I am cured, I also decided to start using recreational drugs again, because I felt great.

But even though I felt like a king, I still felt empty from the inside hollow and without a purpose.

With time it became impossible to keep it a secret that I am using prescription drugs.   When my family and friends heard it, they was devastated and tried to help.

I went to a Rehab center and it was a disaster, I almost died, I lost all cognitive ability and was completely without emotions.  I looked like a living corpse and desperately wanted to die.  There is nothing that can compare to the mental torture of Tranquilizer withdrawal.  To get off the cocaine was nothing compared to it.  A lot of people are not as lucky as I am and eventually get committed to a mental institute.

I then through Gods mercy decided to give God a chance to work in my life, I have tried everything that the scientists and humanists advised, but nothing worked.

Thus I decided to go to KSB mission where my parents were worshipping.  I stayed there for a few months and in the beginning thought that it is not working and I still was quite depressed and had some anxiety but the people there and the love they showed me changed me eventually.  I realized that God loves me and that it was He that allowed Satan to give me bad experiences so that I will stop taking drugs.  I gave my life to Jesus Christ and when I came home I went to my room and flushed a bottle of Tranquilizers that I have hidden, down the toilet.

From that day on until now I have not taken 1 single tablet again.

Today I proclaim with joy that I was blind, but now I can see.  I will praise the Lord forever, all the honor and glory belongs to Him, the Name above everything. I am completely cured from depression, and anxiety. I can now face troubles when it comes my way by praying to be able to bear it or to ask God to let it pass me over.

There is an antidote to the poison of the snake and that antidote is the blood of Jesus Christ who died for you and me.

I was lucky but not everyone is.  Some take their first ecstasy pill and die, some smoke dagga once and have to be institutionalized for life, and others drink a few beers and die in a car crash.

My warning is thus, do not try drugs or sin, but seek the Lord with all your heart and you shall find mercy. And the only way is with a total surrender to the Lord Jesus, you cannot get deliverance from drugs if you are still smoking cigarettes or drinking alcohol, you have to give up everything.

Today I can proclaim that, I know the burden of sin that was on my back is no more, as I left it at the cross.

In His Love
Johannes Delport