My name is Shannen and I am from Cape Town.

I met the mission in 2014 when I was at the end of my wicked life. I have been smoking cigarettes, dagga, mandrax, even experimenting in heroin. I had nowhere to go and went back home begging my mother to give me a second chance.  She replied that she will give me a second chance only if I go to KwaSizabantu. I went there and saw something amazing. People cared for one another and there was love that I never felt before, true, genuine love that could only come from Christ.

Early last year I visited the main Kwasizabantu mission (Natal) with my grandmother who then went to the mission for the first time. Our tickets were booked to depart on Monday and on Friday, I got a call informing me that my grandmother had a severe stroke. I was shocked hearing the news and we gave her ticket to someone else. I later received a phone call from someone saying my grandmother requested to go to the mission in Natal. We went to fetch her and struggled with her because she could not walk. Being at Kwasizabantu with her, I needed to leave her often to see my counsellor. One day after counselling my granny ask me, why do you have to confess so many sins? I smiled and said because I have done so much wrong in the past. She told me that we should confess our sins to the Lord. I replied Mamma remember how you use to tell me if God has called you to a standard woe to you if you do not keep to that – this is the standard he called me to mamma.  Later that night my grandmother had a dream. She screamed at the top of her voice and said that she saw the devil standing at her bedside she also dreamt that she went into her church back home and as she entered the door, she saw so much memory cards and on it was many sins. She looked at me and said it was all her sins. She called for a counsellor, confessed her sins and without a prayer for healing could walk again and she could use the bathroom without waking me up. We return to Cape Town. It was not long thereafter she got another disease and died. There is healing through confessing of your sins. 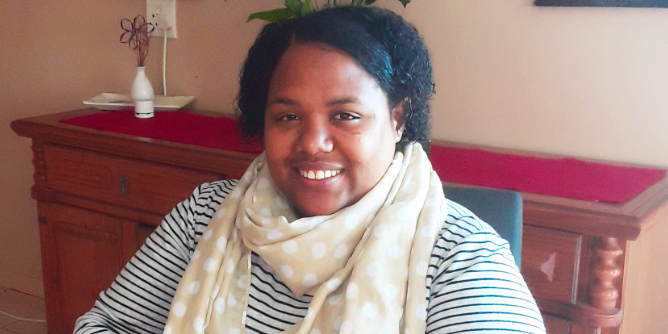