My name is Regan Rosendal I am part of the Moreson Kwasizabantu Missions congregation.  To me this is home.  This is a very sensitive part of my testimony because it involves my parents.  I never really had a relationship with either of them even though I grew up with them and they raised me.

These days were terrible as a child. A drunk for a father and an unhappy mother who blamed me and made me feel responsible for her unhappiness as she would occasionally tell me that I don’t care about her.  So as a child I felt everything is my fault, so since I can remember I never spoke to them maybe occasionally I did but then it felt strange.  So we lived in the same house but rarely speaking to each other and when we did it was very strange.

As a result I became an angry child always on my own, afraid of the world not believing that any success out there is possible for me, I believed and I believed that I was destined to succeed.  As I grew older I developed this thing of sabotaging anything good that came into my life.  If it had success written on it, I would immediately get this overwhelming feeling that it was not meant for me and that this is not right and then everything would fall apart from there.  No matter how hard I tried nothing was ever good enough or it was just a failure altogether.

I struggled to fit in, making friends was the hardest thing for me ever.  So life to me was very confusing when I started experimenting with drugs I started smoking cigarettes at the age of fifteen.  I never really liked it, but I continued anyhow and started drinking and also didn’t enjoy it, so those were easy to quit especially when I was alone with no friends around.  Alcohol however eventually got a hold on me and later started drinking heavily.  I started using tik and loved the feeling it gave me. I stopped the drinking and just continued with the tik.  This to me was the ultimate way to sabotage my life as smoking tik and having it in my possession was a comfortable feeling like everything was then ok. I got locked up for car theft a few times, I eventually got married and that lasted only two years because of my drug addiction.  Through all these things it is so wonderful to know now at the age of 39 that through all the pain and confusion there was always that voice telling me never to give up, also that there is a purpose for my life.

It is wonderful to know that it was the Lord who walked with me and was with me every step of the way.  The feeling I had that made me push through it all was that He who comforted me and promised me everything is going to be ok.  It so happened I was brought to Kwasizabantu by my mother’s church pastor and when I got here I immediately felt a great relief as a promise God make to me was God existed and that it was he who carried me through and brought me to this mission and everything has been ok since then. I started counseling and confessing my sins and growing in the Lord and he allowed me to become part of this work. I work in the farming and thank the Lord for each and every day I can enjoy and be in His service. I love my work and trust the Lord is going to do great things.  I have a great love for my parents now.  My father suffered from motor neuron disease and I could make peace with him before it was too late.  We learn about doing restitution. I asked my parents forgiveness and I will never forget my father asking me to hold him in my arms, he was crying and told me what a terrible father he had been but I could assure him not to worry and everything is just fine as God Almighty had promised me. 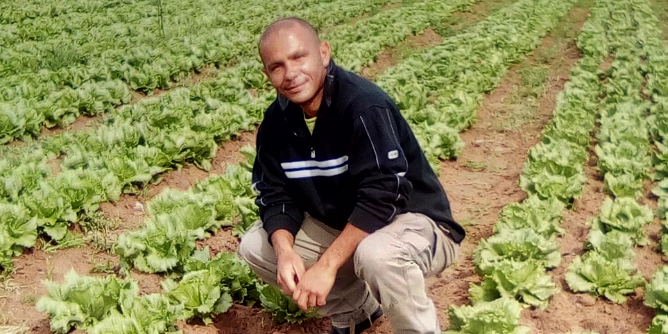