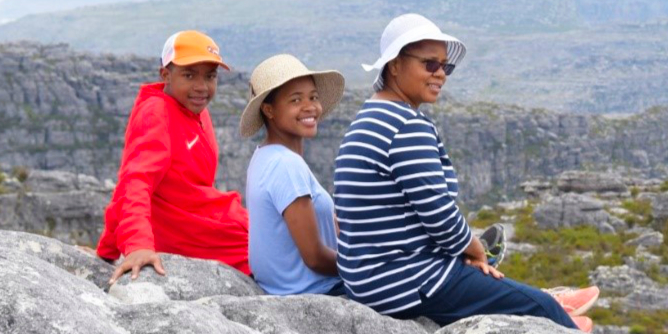 Psalms 108: 3,4 "I will praise thee, O Lord, among the people; and I will sing praises unto thee among the nations. For thy mercy is great above the heavens; and thy truth reacheth unto the clouds."

I first came to KwaSizabantu in 1982 to attend youth services. I came from a poor family. The suffering was compounded when my mother and father separated. I lived with my unemployed mother and we had a very hard time. I moved to KwaSizabantu from 1988 to 2001. I worked there and was able to support my mother at home.

I benefited greatly emotionally, spiritually and physically through being at KwaSizabantu. I stopped ancestral worship, and I was no longer angry with my father for his separating from my mother and not supporting us. My father did not want me to serve at KwaSizabantu because he was deceived by people who said that when at KwaSizabantu, you were not allowed to marry. He did not like that at all. When I got engaged in 2001 my father was so surprised that what he had heard was a lie. He was overjoyed to have a daughter getting married. I thank God for the gospel I received here.

I invited my father to visit KwaSizabantu after I got married. He came twice and liked it so much that he said that if he had found the place when he was young, he would have been very happy. He said he also wished for others and his grandchildren living with him to receive the good teachings he heard at KwaSizabantu. KwaSizabantu Mission has been a great blessing in my life. I don't know if I would still be alive if I haven't met KwaSizabantu.