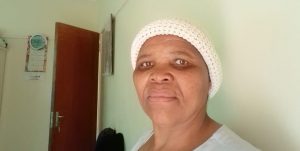 I am giving my testimony of what KwaSizabantu Mission has done for me. When I went to Kwasizabantu, I was very troubled because my husband was a drunkard. The doctors tried all kinds of treatment but nothing could not stop him from drinking alcohol. They even told him that if he takes the treatment together with consuming alcohol he would die, but still he continued. I then visited Kwasizabantu. At the time, I was still a young wife. I got converted and became conscious of my own burdens, forgetting about my husband’s problem. I started confessing my sins, realizing that I would not reach heaven with the burdens I had. When I returned home, my husband also decided to go to KwaSizabantu Mission after seeing the change in my life.

He took a bus to the mission in 1991. When he got to Kranskop, he bought some alcohol and took it along to KwaSizabantu. As he entered, he felt God’s presence. He asked the people at the reception to keep his alcohol for him, which they did without asking any questions. Not long after, he went back to the reception and asked them to throw the alcohol away. From that time, he stopped drinking and started testifying to people about how he had been set free from his addiction. He did not return to drink until he passed away.

The devil can paint Kwasizabantu pitch black but for me, personally – I have seen Jesus working at the Mission. I even got a job after being unemployed for many years. Today I am working because of the blessing I received at Kwasizabantu. My children received their education at the Mission, although not all of them completed their schooling there, but I am thankful for good, quality education they received to prepare for their uncertain futures.

I honour Sizabantu, because when I wanted to commit suicide, I felt that I should call Rev. Stegen. I was able to talk to him about my problems and since that day, the spirit of suicide left me. I respect this servant of the Lord. We do not worship Rev. Stegen and we do not treat him as Jesus, we worship the Lord Jesus whom Rev. Stegen teaches us about. He led us by example. All he has and does, is for the work of God. He gave up being a white person and he became a Zulu person. He did not despise us – he would come into our kitchens, eat our food with us, African people.

I have a lot more to say, how he helped us as widows so that we could support our families. Until today, he is still helping us; he prays for us. He has so much love. There are so many other preachers, but I doubt that there is one that has the same calling as he does.