My name is Piet Mjaja. I send this message to Kwasizabantu to say thank you. I am one of the people who has been faced with difficulties in life. I used to smoke drugs, namely heroin, mandrax and cocaine. There came a time in my life where I did not know what to do. I felt as though my life had no meaning and I wanted to commit suicide.

With this message I would like to thank God for this place – Kwasizabantu. Mam Masuku sent me here. When I came to Kwasizabantu, I did not know the place, I thought I was going to a rehab but when I arrived, I received a home. I received help and it was not only concerning drugs – I realised that my problem was bigger than that. I had wounds and heartaches within me which I did not know how to get rid of and drugs would play a role in trying to dull these and deceive me for a while.

I came to KSB in 2016 on 26 January. I will never forget the way we were treated – it was as though we were at home. The aunts would make sure we were well. I received a wonderful opportunity to know God. I am thankful because that is what I needed most. I would like to pass on my gratitude, it has been 4 years now that I have not been using drugs. I am now a new creation and can even make a difference in my community. Many people now look up to me, because of the person I have become today. I say thank you very much to Kwasizabantu for the role it has played in my life. If it were not for Kwasizabantu, perhaps I would have been dead by now, but by God’s grace, and because He provided this place for us, I am very thankful. They have played their part – thank you very much. 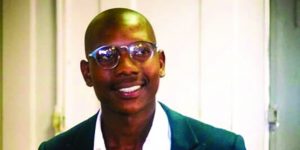