Home > Posts > Testimony > The KwaSizabantu that I Know

My Good Experience at KSB

I would like to tell my story and the good experience about KSB. I stayed in KSB for 10 years from grade 3 to grade 12. From 1986 to 1995. I matriculated in 1995 together with Ruth, Naomi and Dirk Combrink. I was at Domino Servite with my two sisters and one brother, so there were four of us from the same family.

My mother was a widow who didn't even afford to pay School fees and uniforms. But one day we were called by someone I can't remember since this was 34 years ago, and that person gave four plastic bags with our names written on the outside. When we opened the plastic bags, inside we found shirts, tunics, jerseys, socks and grey pants for my brother. Each and every item was with name tags. Almost 90% of the School children got their plastic bags and opened them, excited to get their uniforms. Our uniforms were taken and ironed and in the afternoon after school we were told to take them to the laundry for washing and ironing which we didn't even pay a cent for it.

In 1986 I was so happy to be wearing my uniform and my English teacher was Miss Newlands and her sister Mrs Geldenhuys. I remember when Miss Newlands went overseas, she came back with a packet of sweets and she gave the whole class each of us, the packet with a lot of delicious sweets and she mentioned that she was missing all her children, (referring to us as her children). She gave us a lot of good gifts to encourage us to do well in our schoolwork and in that same year 1986 I received an academic achievement certificate.

Mrs. K van Eeden taught me Maths. She would tell me to do well in my schoolwork and she will say Nomusa "Ngizo tshela uMa wakho", because she knew her very well as previously, they offered my mother a job by the Joosten family at Efaye. Mrs van Eeden was still at school when they allowed my mother to bring me with her to work. They treated my mother and I as one of them. When Mrs Van Eeden will come back from School, she will bring me sweets from her money she was saving.

When my mother was going home to bring groceries for the other children that were at home, Mrs. Joosten will take her car and bring my mother home and when it's time to go back to the Joosten's, Mrs Joosten will come and fetch her. This is when I admired the people of KSB, how caring they were. It was through the Joosten's that we came to know KwaSizabantu, they were a picture of how KSB people lived.

I remember on day Miss E (Estelle) Engelbrecht went to town, she called me and gave me a packet and inside was something she bought for me to wear, she must have noticed that I didn't have enough clothes to wear.

I remember Mrs. Bornman who used to say, "My kind". Mrs Pretorius who would say to me "Baie Mooi", Miss Bouwer would call me "Nomusatjie" and would give me something to eat and for all of us in the class. Miss Carol Engelbrecht also played a big role in my life. All the teachers of Domino Servite had a big role they played in my life, unfortunately I can't remember all the teachers by names. I thank God for working through them. Domino Servite is the best school and the best teachers. I admire them. The seed they planted still lives.

Referring back to 1986 we were taken on trips in a bus to places like Doornkop, Mtunzini, Muden etc. We will play games and swim and KSB treated us as their own children. I matriculated in 1995 and in 1996 Baba Mfundisi called all the children that matriculated in Domino Servite. He slaughtered a cow and prepare us a lot of food to eat at his house. After we were finished eating, he told us that the only thing that will make him happy is to see us living for God. 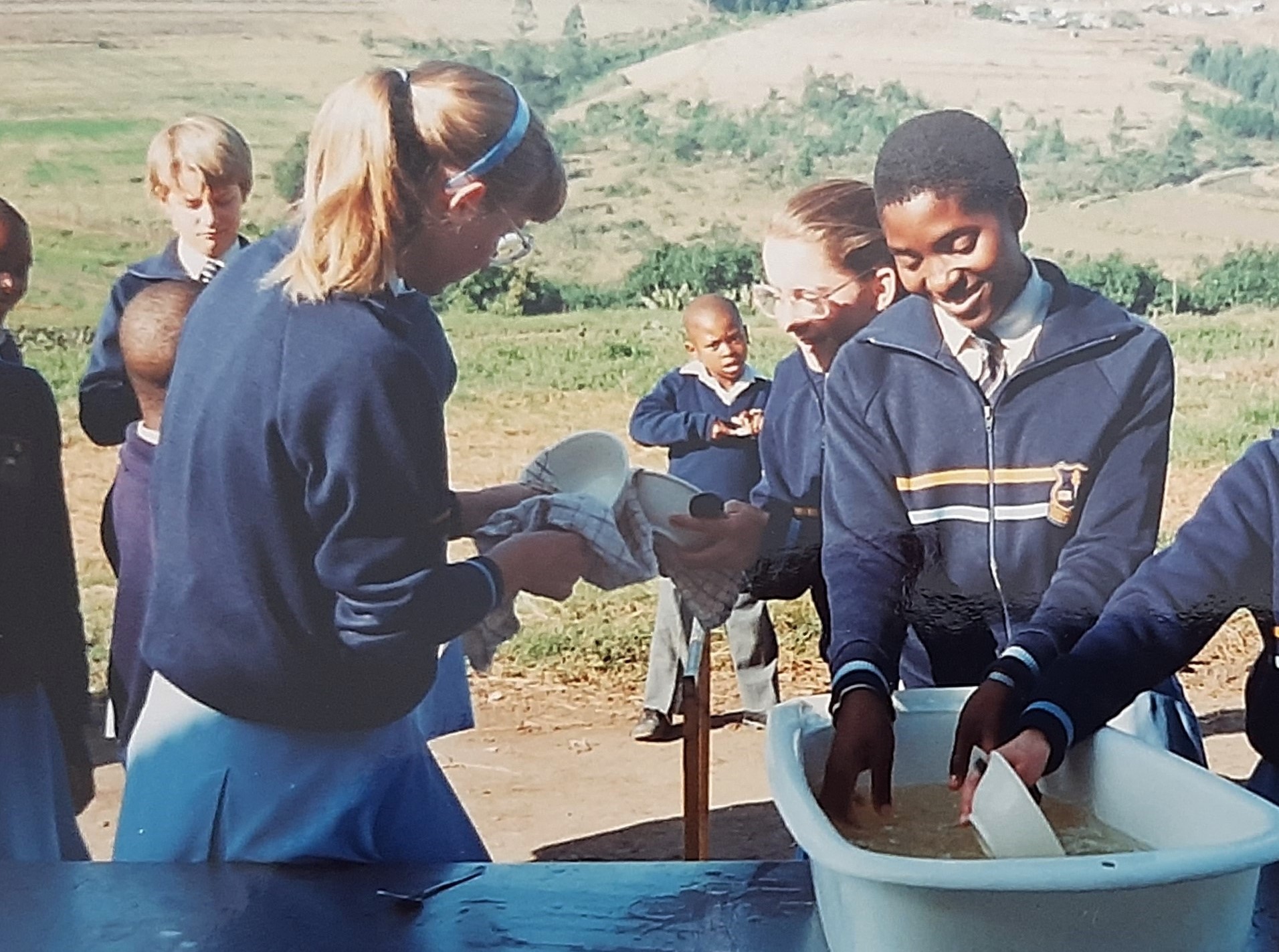