Home > Posts > Testimony > Free From the Burden of Sins 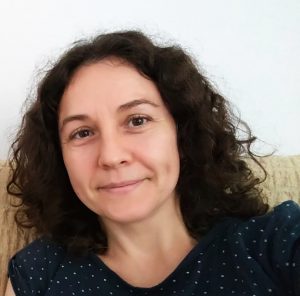 Until the Lord found me at 22 years old, I had been trying to build my own happiness imitating those around me: having a boyfriend at the age of 13, just to be like my friends, attending discos at 15 years old, to keep up with fashion… However, being still under the authority of my parents, I was afraid to taste too much of the pleasures offered by this world, so I was looking forward to come of age “to have the freedom” to do what I want. Well, after 18 years old all I did was to sink deeper into sin.

I thought I’d be happy when I find the right boy to marry. So I flirted with one boy after another, I even used fortune telling and the horoscope. Over the years I became disgusted with my life, the relations I had with the boys, the hanging out with the girls, the disco, everything. I stopped believing that happiness still existed because everything I had tried brought me only bitterness and disgust.

This is the state in which I was when my Lord found me and gave me a second chance to life by telling me: “your place is no longer here”, “go, and sin no more”.  Since then I started tasting God’s goodness; I left behind my boyfriend and also all the pastimes. However I still used to have a bitter taste when I accidentally met the people I used to sin with. I could not look them in the eyes, I felt as if a heavy chain was still connecting me to them.

God had mercy on me again making it possible for me to hear the message preached by Kwasizabantu Mission leaders. I’ve found out how I can be free from the burden of sins that I had been carrying for years and which didn’t give me the peace I longed for. I said to myself: “I will try this, too”. I confessed my sins before a spiritual counsellor and after his prayer I experienced relief and unspoken joy. I’ve received the power to ask forgiveness from those with whom I had sinned, and to straighten out things that could be straightened out.  So the connection with my past, that invisible chain that prevented me from moving forward, has been broken, it is no longer following me.

Whenever the Holy Spirit shows me more things, I bring them to the light and this is how I can enjoy again the peace that only God can give… to those with a pure heart.

I thank the Lord for the grace of meeting Rev. Erlo Stegen and the spiritual work that He does through Kwasizabantu Mission! 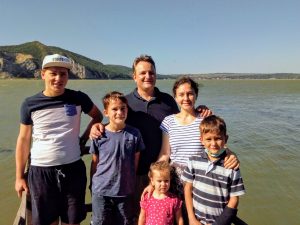